Laravel 6 is out! And it brought bunch of improvements with it. But also as this is a major version upgrade, there are some breaking changes. One such major change is the removal of 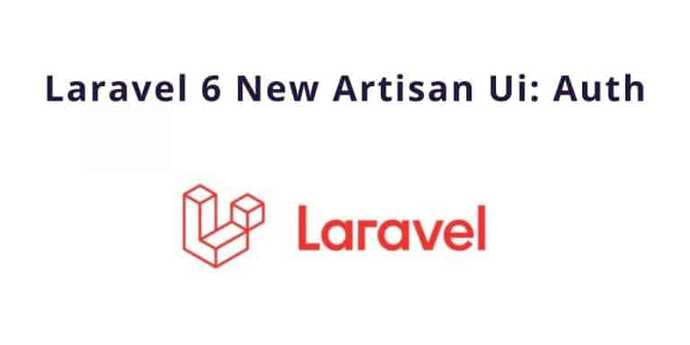 The make:auth artisan command helps to quickly scaffold the entire authentication system with one command. You will get login and registration functionalities, password reset function along with related blade view pages.

But in Laravel 6.0, Taylor decided to remove it from the Laravel core and offer this feature as standalone package called laravel/ui. The main reason behind this is that Laravel doesn't want to decide which css or javascript framework you should use. Thus, it remains framework agnostic for front-end development. Thus, laravel/ui package offers presets for popular frameworks like bootstrap/jquery, tailwindcss, vue.js and can be installed easily.

This is how you can generate auth scaffolding in your Laravel application. Let me know in the comments how do you like the new version of Laravel.